Dhadrianwale cancelled congregation to avoid any deadly resistance from rivals 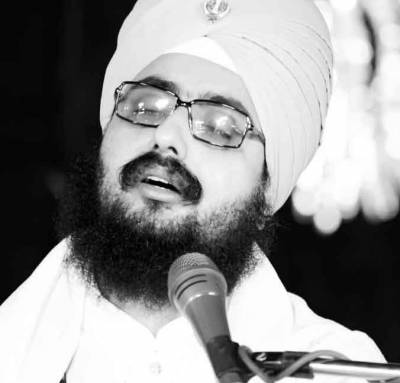 Bhai Ranjit Singh Dhadrianwal, a popular sikh reformer and preacher, has chosen not to hold the gatherings "to keep away from any circumstance of loss to general sikh sangat." He had to face a lot of resistance from rival groups. Akal takh also established a panj membri (five people) team to check into the issue. It all started before an assasination attempt of dhadrianwale in 2016 in Ludhiana where the elleged group killed one of his associate.

Dhadrianwale told that he would address the Sangat using social media and his youtube channel and mobile app "parmeshardwar". "I don't need death toll on any side - theirs or our own - and to maintain a strategic distance from any circumstance which prompts a conflict, I will hold assemblies online, I will lecture just through my video programs. Moreover, I don't want to held congregations under police security. Be that as it may, I will not quit standing up,". "Human Live, life hold most value to me than any other thing, that may be threaten by such conflicting rivals who openly threat us".

The evangelist, who has been abstaining from meeting the five-part Akal Takht board, has set a pre-condition - he needs the Akal Takht Jathedar Giani Harpreet Singh to completely condemn the 2016 assault on him and the individuals who were behind it before he converses with the jathedar.

Gotten some information about the allegation that he was testing the authority of Akal Takht by not showing up before its five-part board of trustees, Dhadrianwale stated, "I have no issue with the establishment yet with the degenerate framework running it. Acquittal to Sirsa dera boss is greatest and most recent proof that degenerate individuals are controlling the Takht. Its overseers ought to be reasonable.

"Let the Akal Takht Jathedar first show reasonableness and reproach the opposite side who assaulted me and the individuals who gave crisp dangers."

"I trust some authority ought to be there to run the framework yet authority ought to be reasonable. That is our focal spot and we regard that. They have even allowed some to control various kinds of Amrit and maryada and this adds up to conflicting with the Akal Takht. We have worked like volunteers of Akal Takht," the minister said.